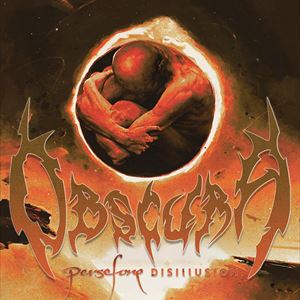 Just recently, virtuosic extreme metallers, OBSCURA, have announced the completion of their sixth studio album "A Valediction" that will see the light of day on November 19th and obviously, the German combo around mastermind and founder Steffen Kummerer is more eager than ever to finally hit the stages again.

Together with Andorra's prog masters PERSEFONE and Germany's progressive melodic death metallersDISILLUSION, OBSCURA will kick-off their "A Valediction" European Tour 2021 on the day before their album release and conclude the extensive run including 22 international dates with a spectacular home game in Munich on December 11th.

„Europe, we will hit the road in November and December presenting our brand new album 'A Valediction'! We celebrate the release of our sixth full-length album with an extensive setlist, a major stage production and exceptional lineup. Join us in this new chapter, reserve your tickets and don’t miss out on the tour of the year!”, states OBSCURA's frontman Steffen Kummerer.

"Since the first time we met Obscura at UK Tech Fest years ago, there's been a great relationship between both bands! When the chance to join forces on a tour happened, we knew we had to jump in. Obscura is a big reference when it comes to technical death metal and we think that this tour package, combined with the release of new music from both bands, will offer an intense and diverse musical landscape at every show. We are so excited to get back on the road with such an amazing band”, adds PERSEFONE.

"Disillusion is very excited to be touring Europe with the fabulous Obscura and Persefone at the end of the year! After the long break due to the pandemic, it feels great to get back on stage and feel the vibe of the live atmosphere. Above all, we are tremendously happy that many of our fans will experience their first Disillusion live concert, as we are visiting many countries for the first time. Let's keep fingers crossed that this will be happening!”, concludes DISILLUSION.

Twenty years active; six highly prized albums; over 600 shows on four continents. "A Valediction" finds OBSCURA turning the page to a new chapter in the band’s evolution. A year in the works, the songwriting sessions followed a new approach, where the framework was relaxed, allowing new inspirations, imagining, and opportunities to arise. Songs like the opening epic ‘Forsaken,’ the '80s-tinted ‘When Stars Collide’(featuring Soilwork/The Night Flight Orchestra frontman Björn Strid), the brutal groove of ‘Devoured Usurper,’ the ethereal artistry of ‘Heritage,’ and the fleet-fingered title track benefitted compositionally (refined structures) and aesthetically (more dynamism) from OBSCURA’s restyled songwriting stratagem.

In 2021, the group continue to be a beacon for change. No doubt OBSCURA’s new stats will amaze, but what they’re focused on is the release of "A Valediction" and then taking it on the road. Several high-caliber tours of Europe, North America, and Asia are planned through to 2023, with routes are in the works for the band to visit Australia, South America, and beyond. Truly, there is no band quite like OBSCURA. "A Valediction"proves that persistence, perseverance, and enterprising minds can achieve anything. Welcome to the next level!