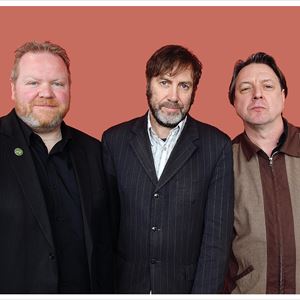 f you ask the likes of Peter Buck (REM), Scott McCaughey (REM, Minus 5), Willy Vlautin (Richmond Fontaine), Jay Farrar (Son Volt, Uncle Tupelo), John Murry or Kathleen Edwards they’ll all tell you that Peter Bruntnell is a writer with rare and mysterious qualities. Peter has toured extensively with Son Volt, Kathleen Edwards and Richmond Fontaine at the request of the artists.   Peter has a unique ‘way with a tune’. The most interesting thing about his music, and part of the reason for his devoted following, is the indefinable knack the songs have of locking into one’s emotions in an elusive, intangible but deeply affecting way. In fact, respected journalist Keith Cameron once claimed in NME that “Peter Bruntnell’s records should be taught in schools” such is the particular appeal of the quiet Devonian’s songwriting craft.   In a recent article, The Guardian declared that Peter’s music “really is exceptional – a canon of classically constructed, melodically rich, lyrically ingenious and emotionally, intellectually affecting songs that bears comparison with the all-time greats” and signed off by saying that “as a writer, he has few real peers”.   Peter will take to the road with a trio comprising himself on acoustic guitar, harmonica and vocals, and accompanied by Danny Williams (ex- Black Grape and St. Etienne) on double bass, and one of Scotland’s most ‘in-demand’ musicians, Iain Sloan (of The Wynntown Marshals and Blue Rose Code) on pedal steel, guitar and backing vocals.