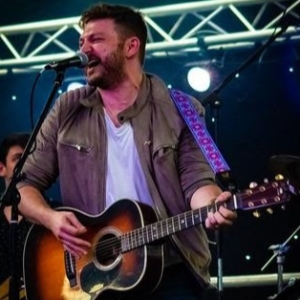 Almost inevitably, Peter Donegan has been performing since the age of five, given that the ‘Godfather of British Rock n Roll’, ‘King of Skiffle’, the late Lonnie Donegan, is his father. Lonnie inspired every British Invasion band from The Beatles to Led Zeppelin.

Peter has opened for such esteemed artists such as his late father - Lonnie Donegan and even country music legend - Crystal Gale. He has shared the stage with some of the worlds legends such as Van Morrison, Tom Jones, Joe Cocker, Billy Bragg, to name a few.

Peter Donegan broke out on to the Country Music scene with his much-anticipated E.P, “Superman”, recorded in Nashville, TN. USA, which gained such reviews as “If you like Eric Church, try this!” (justlistentothis.co.uk).

This album got the attention of Country2Country festival - London where he was an immediate hit and that lead to Peter being scouted by The Voice UK, where he became a member of Sir Tom Jones’ team, securing a viral duet with Sir Tom of one his biggest hits, a song, written by Peters late father – I’ll Never Fall in Love Again.

In 2019 Peter released his album - ‘LIVE’, recorded at the old Decca recording studios, London where he invited a host of fans to watch a live performance in the same studio that his late father recorded his industry-changing ?rst hit – ‘Rock Island Line’. This album received rave   reviews such as “...this album is almost unparalleled…” (americana-uk.com)

Peter is also an accomplished event producer. In 2019 successfully producing, directing and performing in a second sellout event, this time at London’s Cadogan Hall, to celebrate his late father - Lonnie Donegan and the 65th anniversary of the recording of the hit that changed the British Music Industry - Rock Island Line, alongside such legends as: Van Morrison, Billy Bragg, Leo Sayer, Chris Farlowe to name only a few.

As a scholar of the Buddy Holly Educational Foundation, Peter had a successful Buddy Holly Songwriting retreat in Lubbock, TX. He wrote songs with legends such as Sonny West (composer of most of Buddy Holly’s hits including ‘Rave On’) and Mark Nevin (Previously of Fairground Attraction and composer of ‘Perfect’).

Peter released  his single 'Thank You Texas' which was co-written at that writing retreat.
This song climbed the charts rapidly and stayed at #1 on the HotDiscTop40 charts for over 4 weeks as well as #11 on the UnitedDJ Heritage Charts for 6 weeks, ahead of releases from Paul Simon & Dion and The Pretenders.

Peter is blasting his way through the new decade, determined not to let any obstacles stop him from moving forward with his music.