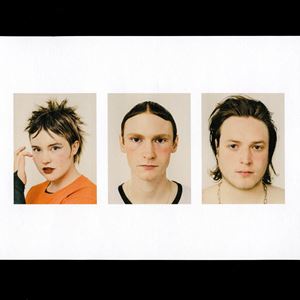 Bad Vibrations presents the London leg and last day of the PVA and Lazarus Kane co-headline Independent Venue Week tour! Two of our very favourite 2019 Speedy Wunderground single releases and hottest bands of the moment taking the stage on 30th January 2021 at Peckham Audio. Independent Venue Week has been running since 2013 and has kept some of our most beloved venues across the country alive, and we look forward to returning to them as soon as possible.

PVA’s live reputation preceded any release, generating a buzz around the capital from just a handful of early shows. When they went into the studio, it was to record one of Speedy Wunderground’s prestigious sessions and “Divine Intervention” was met with great acclaim, captured succinctly with an excitable 'God, it's good' from The Guardian. With their debut EP, “Toner” also recorded with Dan Carey, set to be released with Big Dada on 20th November we can’t wait to catch this trio live in the new year.

Lazarus Kane also recorded his debut single, “Narcissus”, with Dan Carey for Speedy Wunderground and returned with much-anticipated second single, "Night Walking” in May 2020. The mysterious Mr Kane is said to be born in Sheepsclaw, Arizona, and has captivated audiences with his brilliant, hilarious and energetic live show. Backed by a full band of six and generally clad in trademark dark sunglasses and patriotic all-American garb, Lazarus Kane is a must-see.

Support is from ones-to-watch Folly Group.