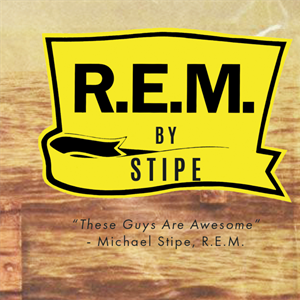 Stipe
All R.E.M. By Stipe performances

AGMP presents
R.E.M. BY STIPE
"These Guys Are Awesome"
Michael Stipe, R.E.M.
R.E.M. are one of the world’s most enigmatic bands. With a string of peerless albums; one eye on the underground and one eye on the soaring chorus; we will never see their like again. From “The One I Love” through to “The End of the World” and more besides. Stipe bring you all the top songs from these icons including “Losing My Religion”, and “Man on the Moon” and with all the atmosphere, attitude, emotion, and energy you’d expect.
Stipe will provide the same cagey mix of attitude, poetry and idiosyncratic sound built around jangling guitars and hazy vocals of frontman Michael Stipe. Whether it’s playing major festivals or appearing on the One Show, performing for Michael Stipe himself, Stipe are the definitive R.E.M. tribute – a complete band, and encyclopaedic knowledge of the back catalogue. They bring R.E.M. to life on stage – the contrasts and the magic; that direct connection to the music.