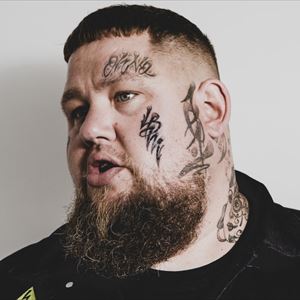 Rag N Bone Man John Newman Will & The People
All Rag'n'Bone Man performances
Have tickets to sell? – Find out more

Heritage Live has announced the return of outdoor concerts next year in the grounds of Kenwood House, the stunning English Heritage site overlooking Hampstead Heath.

Announced today, Rag'n'Bone Man will perform on Sunday 20th June 2021. He will be joined by very special guest John Newman, with support from Will and The People. Known for his distinctive baritone voice, Rag'n'Bone Man is one of the most successful British breakthrough artists of recent years.

Having won the 2017 BRIT's 'British Breakthrough Act' and receiving the BRIT's Critics' Choice Award in the same year, Rag'n'Bone Man cemented his success following the record-breaking release of his triple-platinum No.1 album Human, with a further BRIT Award for 'Best Single of the Year' with the title track (Human) in 2018.

The album and its tracks have also been recognised internationally, earning him sell out tours and festival appearances around the globe. More recently, Rag'n'Bone Man appeared at last year's BRIT Awards with Calvin Harris, performing their monster hit track 'Giant'.

John Newman has proven himself one of the most gifted vocalists, writers and performers to emerge over the last decade, with chart anthems including 3 no.1 singles - 'Feel The Love', 'Love Me Again' and 'Blame'. His debut album 'Tribute' also spawned the huge hit 'Come & Get It', which established the Yorkshire-man as one of the UK's most unique talents and consistently successful artists, having now sold over 6 million singles world-wide to date.

Signed to Various Artists Management (The Libertines, Supergrass, Tom Grennan), and Distiller Records, Brighton-based band Will and The People have released three albums, including their debut self-titled album which was a chart hit in Holland.

After a two-month tour of the UK, Europe, and Australia, the band revved back into the world with a renewed vigour with a string of genre-bending alternative rock anthems released throughout 2020.