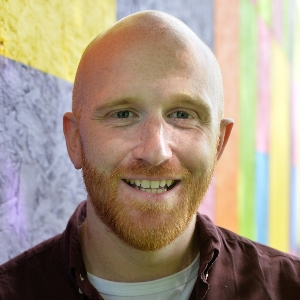 Ray Bradshaw is an international, multi award-winning stand-up comedian who has sold out shows globally.

Ray was handpicked to support John Bishop on his recent arena tour and has previously supported Frankie Boyle on his last two tours.

His last show Deaf Comedy Fam was a huge success and won awards both in the UK and Australia, leading Ray to become the first comedian ever to win a Scottish Culture Show Award.

Like a lot of people, Ray became a parent in the first lockdown because what else was there to do? This show explores the madness of becoming a first-time dad whilst trying to film remote TV on Skype.

“this year’s most groundbreaking show“ – Short.com ????