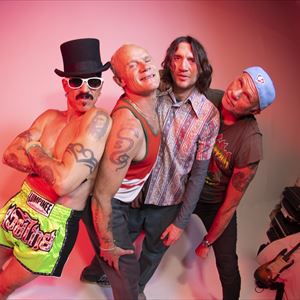 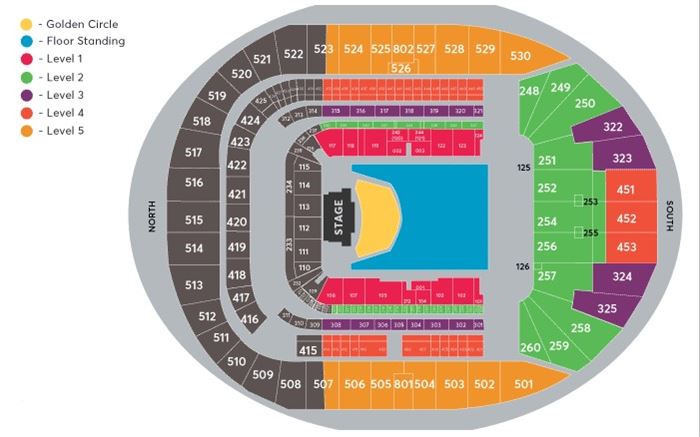 No under 14s in the standing area, 0 - 16s must be accompanied by an adult. No refunds will be given for incorrectly booked tickets.

Who are Red Hot Chili Peppers?

The band is made up of vocalist Anthony Kiedis, guitarist John Frusciante, bassist Flea and drummer Chad Smith.

Their seventh album 'Californication' was the band's most commercially successful album, selling over 15 million copies worldwide. The album also featured a single titled "Californication", which has become one of the band's signature and most recognised songs, reaching number 16 on the UK Singles Chart.

In the Red Hot Chili Peppers' discography you can find;

Forming in Los Angeles, the Red Hot Chili Peppers started with vocalist Anthony Kiedis and bassist Flea, as well as then drummer and guitarist Jack Irons and Hillel Slovak.

The band's self titled album 'The Red Hot Chili Peppers' is the only album to feature Jack Sherman on guitar due to Slovak leaving the band before the album was recorded. Irons also left before recording, with Cliff Martinez filling in on drums.

Charleston City Paper credited the album as the first release of the funk metal genre.

Slovak rejoined the band for their second album 'Freaky Styley' which featured singles 'Jungle Man' and 'Hollywood (Africa)'. The album takes inspiration from a range of genres including funk, psychedelic rock, and punk with lyrical content themed around the band members' experience of living in Hollywood.

Their third album 'The Uplift Mofo Party Plan' saw the return of founding member, drummer Jack Irons. This is the only album released by the Red Hot Chili Peppers to feature all four founding members. 'Fight Like A Brave' was the only single released for the album.

The Red Hot Chili Peppers recruited John Frusciante and Chad Smith for their fourth album 'Mother's Milk'. Frusciante's influence produced an album more focused on melody than rhythm. The album was the band's biggest commercial success yet, peaking at number 52 on the US Billboard 200.

One of the singles from the album was a cover of Stevie Wonder's 'Higher Ground', tying into the band's classic funk/alt rock sound.

'Mother's Milk' was the band's first album to reach gold.

The band's first major commercial success came with the release of their fifth studio album 'Blood Sugar Sex Magik'. The lead single 'Give It Away' was their first single to reach number one. Second single 'Under the Bridge' reached number two on the Billboard Hot 100.

Frusciante re-joined the band for the release of their seventh studio album, and biggest success yet, 'Californication'. 16 million copies of the album were sold, and it became certified 6 times platinum as of 2016.

Red Hot Chili Peppers released their eighth album 'By the Way' in 2002. The album has been recognised for its departure from the band's previous styles, instead placing much more of an emphasis on melody. Lead single from the album, also titled 'By the Way' marked the bands' sixth number one single. The album also featured singles 'The Zephyr Song', 'Can't Stop', 'Dosed', and 'Universally Speaking'. Following the album, the Red Hot Chili Peppers went on an 18 month world tour.

They followed up with ninth studio album 'Stadium Arcadium' which became the band's first number one on the Billboard 200 Chart. It contains some of the Red Hot Chili Peppers' most recognised singles including 'Dani California', and 'Snow (Hey Oh)'.

The album was nominated for Grammy Awards seven times including for 'Best Rock Album' and 'Best Boxed or Special Limited Edition Package', both of which it went on to win. John Frusciante departed the band after the release.

Tenth studio album 'I'm With You' brought in Josh Klinghoffer on guitar. A Rolling Stone Reader's Poll named the album the 8th best album of 2011. It was also nominated for the Grammy award 'Best Rock Album'.

The latest studio album to be released by the Red Hot Chili Peppers is 'The Getaway'. The album made it's debut at number one in ten countries. The first single from the album, titled 'Dark Necessities' charted at number one on the Billboard charts. This marked the 13th number one single for the band.

Frusciante re-joined the band in 2019.

The latest studio album by the Red Hot Chili Peppers is 'The Getaway'. Singles from the album include 'dark Necessities', 'Go Robot', 'Sick Love' and 'Goodbye Angels'.

The Red Hot Chili Peppers are set to play London Stadium in 2022. Tickets are available on the See Tickets website here.

When is the next Red Hot Chili Peppers tour?

The Red Hot Chili Peppers are set to play London Stadium in 2022. Tickets are available on the See Tickets website here.