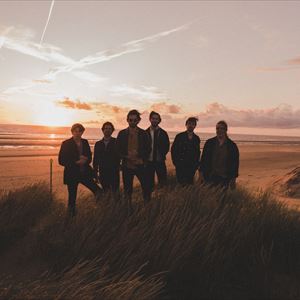 Red Rum Club broaden their horizons with their second studio album, The Hollow of Humdrum.

Widening the spectrum of their sonic, this record varies from acoustic ballads to disco themed festival anthems. Theatrical brass lines and pop choruses are infused with rumbling bass lines, western guitars and Latin percussion to create this instantly recognisable record.

The Hollow of Humdrum depicts a metaphorical hideaway. It reflects upon the vices and virtues people use to escape the mundanities of everyday life. The identity of Red Rum Club is still very apparent but The Hollow of Humdrum marks the band's natural evolution from their debut album, Matador.