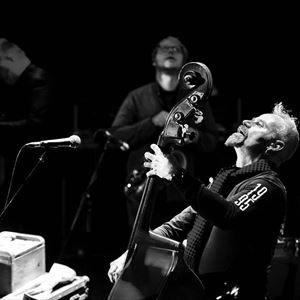 Red Snapper Up, Bustle & Out

Red Snapper, fronted by the drums and upright bass rhythm section of Rich Thair and Ali Friend, have announced a UK tour on the back of their highly anticipated forthcoming album Everybody is Somebody, due for release on 29th October 2021 on Lo Recordings. The album will be Red Snapper's first since the widely praised Hyena in 2014.

Special guest support are Up, Bustle & Out who have recently reformed and are out on the road again, 18 years after releasing their classic debut LP The Breeze Was Mellow (As The Guns Cooled In The Cellar) on Ninja Tune.