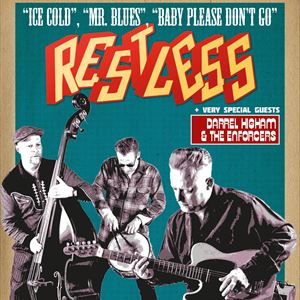 Their classic debut album "Why Don't You...Just Rock" (1982) is considered one of the finest recordings from the Neo Rockabilly scene.
Restless were regular headliners at the legendary "Klub Foot" nights at the Clarendeon Ballroom in London's Hammersmith and the group supported The Clash, The Pogues, Ramones, The Damned and more.
Darrel Higham is a UK Rockabilly guitarist who has released 20 albums since the 1990's and who was the guitarist in the Imelda May band from 2008 -2015. Darrel has also worked with Jeff Beck, Billy Lee Riley, Shakin' Stevens, Chrissie Hynde, Slim Jim Phantom and more.