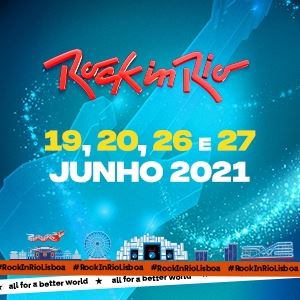 All Rock in Rio 2021 performances

During a 2 consecutive weekends, the site will be transformed into a veritable “City of Rock”, including over 12 hours of performances per day on the various stages and lots of experiences for everyone.  The Main Stage will host leading names from international music. Galp Music Valley will stage leading national and international musicians in a non-stop lineup.  In addition to this, visitors are invited to spend a pleasant day relaxing in the garden areas, food courts and entertainment experiences including radical ones, where more adventurous festival-goers can go zip line and try the  Ferris Wheel.

Age Rating: M/6 - Children less than 3 (three) are not allowed in the City of Rock.