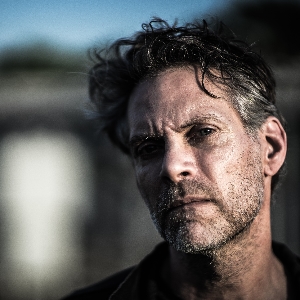 Rod Picott is a singer-songwriter whose music incorporates elements of Americana, alternative country, and folk. He was born in New Hampshire, but relocated to Nashville, Tennessee in 1994. After several years of playing local clubs and supporting such acts as Alison Krauss, he released his first album in 2001, Tiger Tom Dixon’s Blues. The acclaimed debut put a nail in the coffin of his construction career and ignited his second career as a singer-songwriter.

July 19th 2019 Rod released his eleventh album, titled Tell The Truth & Shame The Devil. completely acoustic, featuring only guitar, harmonica and Picott’s weathered vocals. Many of the songs on Tell The Truth & Shame The Devil are influenced by a health scare that Picott endured in the winter of 2018. The condition was hunted down and solved but the weeks long incident of a freight train running through his chest played a profound role in the writing and recording of the album.

Rod Picott has garnered a loyal cult audience across the U.S.and Europe. He tours tirelessly and continues to garner rave reviews for both his songwriting skills and darkly humorous, compelling live show.

"Picott sings with a bare and bones grace reminiscent of Springsteen’s Nebraska and the off the cuff lyrical and musical directness of the late Jason Molina. Too many important artists fly under the musical radar today, and Picott is yet another valid wordsmith that needs to be heard." – Glide Magazine