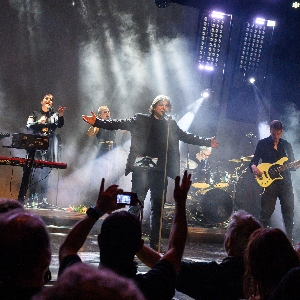 RPWL, the subtle art rockers from Munich area, Germany, are already entering their twenty-third year since their debut album in 2000. With eleven studio and nine live albums, they have established themselves as one of the most successful art rock bands in Europe.The band is still in the studio workingon their new album, which will also have an exciting theme. At the same time, the plansfor the big European tour in 2023 arealready in full swing!Most recently, "Tales From Outer Space", the tenth studio album by RPWL from 2019, entered various charts. It reached a remarkable 49th place in the German album charts and successfully placed the subject of science fiction at the centreof seven great songs. What followed was a fantastic tour across Europe with many sold-outvenues.After the successful anniversary concert film for the first album,"God Has Failed -Live & Personal" theycan finally look forward to a new album in 2023!