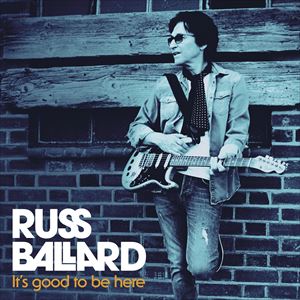 All Russ Ballard performances
Have tickets to sell? – Find out more

'Since You’ve Been Gone’, ‘You Can Do Magic’, ‘New York Groove’, ‘So You Win Again’, ‘No More The Fool’, ‘Liar’… Russ Ballard’s songs are on permanent heavy rotation the world over.
His own first hit record was ‘God Gave Rock and Roll to You’ [memorably turned into a global mega-hit by Kiss] with his band Argent in 1974, but his songs have been recorded by everyone from Rainbow to Hot Chocolate to America to Elkie Brooks to Three Dog Night and many, many more.
However, with ‘It’s Good To Be Here’, released on 21 February 2020 via BMG, Russ has saved some absolutely stunning material for himself – and also reworked those incredible era-defining classics ‘Since You’ve Been Gone’, ‘You Can Do Magic’ and ‘New York Groove’.