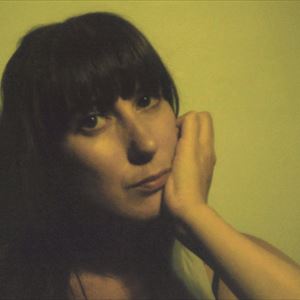 free and let go, existentially. “I really wanted to get into the dark side of what we wrestle with as human

beings, and that there is no easy solution,” the Bristol-based songwriter says about the process of writing

these songs, bookended by the experience of moving to London and eventually leaving it behind.

Although Polymnia comes from a place of melancholy, each song acts as a window into a transient moment

of breakthrough and clarity. Lindfors’ husky vocals glide over the top of murky, layered synthesisers and

allowed her intuition to guide her more acutely: “I stopped caring about things sounding corny, and just

went with what felt good,” she explains. It’s clear that Lindfors’ personal but epic songwriting would sit

well alongside Marissa Nadler, Weyes Blood and Julia Holter’s Have You In My Wilderness in any good

record collection. But in comparison to these songwriters, Lindfors’ songwriting captures acutely a

nocturnal American expanse and in doing so recalls the ghost of Ry Cooder’s Paris, Texas soundtrack that

listened to as a child.

Opening track ‘Free As I’m Gonna Be’ is as revelatory sounding as it is hooky, launching the album with

strings and choir-like vocal drones. Lyrically, this opener captures well that uncertainty that goes with

realising that one is free; the feelings temporariness and the angst that comes with accepting responsibility.

Polymnia is beautifully arranged, but Lindfors’ lyrics throughout make it far from smooth and it can be at

times a deceptively uneasy listen for this reason, her gentle vocals a “dark disguise” for emotionally

With its foundations laid in Vale Studios, Polymnia came together with producer and multi-instrumentalist

drum machines. Later, Jake and Pete from Get The Blessing provided horn parts, and Drew Morgan

The album will be released on April 24th on Jenny’s label, Keep Her Lit records. A UK-wide tour begins