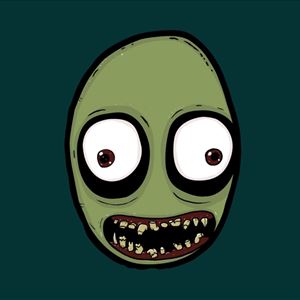 All Salad Fingers: Episode 1-11 (Plus David Firth Q+A) performances
Have tickets to sell? – Find out more

Join us for an evening of mind melting animation, featuring Salad Fingers creator David Firth, you will get to watch all 11 episodes of Salad Fingers and then put your questions to David after the movie.

Salad Fingers is a British Flash Animation web series created by David Firth in July 2004. In 2005, the San Francisco Chronicle ranked it among the "Top 10" pop culture phenomena.

As of January 2020, eleven episodes have been published on YouTube and Newgrounds website. The first seven episodes of Salad Fingers were shown back-to-back in Australia at the 2007 Sydney Underground Film Festival at the Factory Theatre, along with a variety of other animated short films, during the "Re-Animation" session. Firth has produced several animations for the BBC Comedy website, including his Musical Predictions 2009 and the Jerry Jackson series in 2009.

In 2010, he created a new series for the BBC based on a character called ‘Drillbithead’.