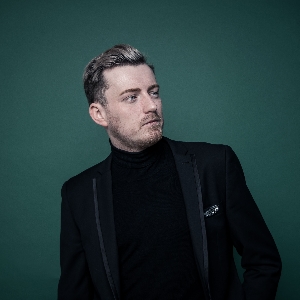 Can Can, South Shields

Sam Dickinson
All THE OFF SCRIPT TOUR performances
Have tickets to sell? – Find out more

Sam Dickinson and his band come to South Shields as part of his 'Off Script' tour to celebrate the release of his album of the same name. Support comes from Jess Hynes and Risque.


Sam Dickinson has been championed by the likes of Paul O'Grady, Alan Carr, Melanie Sykes and Graham Norton, who said, 'he just keeps on getting better and better'. His music has been regularly played on BBC Radio 2. Spotify have added his songs onto some of their biggest playlists, his music has been championed by the likes of Gabrielle (Dreams, Out of Reach), Candi Staton (Young Hearts Run Free, You Got The Love), Beverley Knight (Shoulda Woulda Coulda, Come As You Are) and Jaki Graham (Set Me Free, Could It Be I'm Falling In Love).

In 2021 he is opening for Alexandra Burke. The Newcastle born pop singer songwriter released his new album, 'Off Script', last October to critical acclaim and will showcase it in South Shields along with a host of some of his favourite tracks from the 90's. His music has been listened and viewed online close to 1,000,000 times and he is currently writing for artists on major labels around the world.