Scott Gibson: Live in The Bungalow" 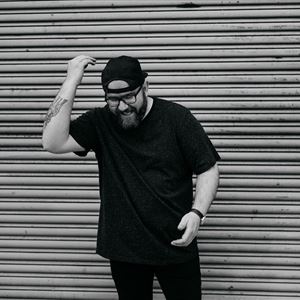 Scott Gibson
All Scott Gibson: Live in The Bungalow" performances
Have tickets to sell? – Find out more

SOCIAL DISTENCING INSIDE THE VENUE WILL BE IN PLACE

*Track and Trace will be in operation

Well back for now anyway. The red tape has been cut, the pademic curtain of doom has been lifted and we can get together in a room again.

Hope you can join me for a happy go lucky, *family friend, walk down memory lane of the last 6 months. Some new bits, some old bits, some rants, some stories. It's goona be great.

The Big, Bald, Bearded Glaswegian. A naturally skilful and riveting raconteur, Gibson mixes a conversational style with his own unique brand of dark humour, gloriously bad language and shrewd observations.

Working any room he plays like a champion Gibson's amazing ability to sneak powerful themes and experiences into what might appear to be a traditionally bawdy set, full of toilet humour and political incorrectness, has allowed him to move up the ranks quicker than many before him.

His brush with mortality galvanised him into becoming a stand-up and inspired the show Life After Death, which won the then 32-year-old the Edinburgh Comedy Best Newcomer Award at the 2016 Edinburgh Fringe. Making him the first Scottish Comic in history to do so.