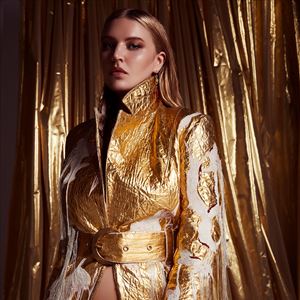 The Box at FarGo Village, Coventry

Self Esteem
All Self Esteem performances
Have tickets to sell? – Find out more

All companion/carer tickets must be booked by emailing thebox@fargovillage.co.uk or calling 02476252434

Wheelchair designated spaces are available, please get in touch by emailing thebox@fargovillage.co.uk or calling 02476252434 to inform us of your visit

Self Esteem is an experimental-pop project, consisting solely of Rebecca Lucy Taylor (previously of Slow Club). Her second album ‘Prioritise Pleasure’ is set for release in October and features the hit single “I Do This All The Time” which has made the Radio 1 and 6 Music playlists and was the subject of a much talked-about performance on Later... With Jools Holland.

‘Prioritise Pleasure’ pulls apart and inspects the mantra running through the core of the album, unpacking unapologetically tending to your own needs, confronting your flaws and dealing with the ways you’ve been wronged. The inspiration for Self Esteem’s nom de plume comes from the evolution of Taylor’s confidence from her early 20s.

This show features tracks from her forthcoming record and first LP ‘Compliments Please’, which was released in 2019.