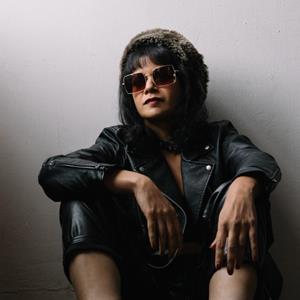 This event's venue has changed (the old venue was Cluny2. The show will now take place at The Cluny.

View venue accessibility information for The Cluny, Newcastle Upon Tyne

“overflowing with modern imagery and an indictment of our heteronormative society's treatment of those deemed to be "different" than the standard. " –Billboard

“captures New York nightlife in all its sordid, sweaty chaos and supplies caustic commentary on life in the unfeeling city.” –NPR Music

A few years ago I stumbled upon a Nan Goldin exhibit featuring her photos from The Ballad of Sexual Dependency and it shook me to my core. It made me reflect on my own experiences with sexual assault and abuse as well as the media explosion that has resulted from the #metoo movement. Portrait Of A Lady is not necessarily a political record as it is a personal one, showing the good, the bad and the ugly, as well as the power one can ultimately hold being a survivor.