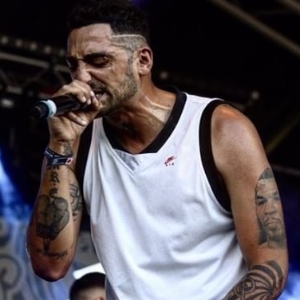 Showout Events is a new events company, A collaborative of event organisers, creative and visual artists to bring you a memorable live gig experience!

Named after the Pop Smoke & Skepta song Show out - We are dedicated to producing high quality Rap events in Scotland, with our launch event taking place at Room: 2 in Glasgow, city center on Thursday 9th December 2021, doors open at 7pm.

Mic Righteous is a British rapper prominently known for his angst-ridden social commentaries and his collaborations with household names such as Emeli Sandé and Ed Sheeran. Born Rocky Takalobigashi and raised in the seaside town of Margate, he had a tough upbringing; subjected to abuse and neglect from his parents, he eventually went to live with his brother, former light-middleweight boxer Mehrdud Takaloo.

Dealing with pent-up anger and frustration, the future hip-hop star began to pen his own lyrics and started to record his own tracks at a recording studio near his brother’s house. This quickly led to a cohesive and feral collection of songs, with the budding creative artist renaming himself Mic Righteous to represent his sound.

He quickly experienced success, with his mixtapes receiving downloads in the thousands and his tracks becoming hits on YouTube. With his popularity continuing to increase, he also began receiving recognition from fellow artists on the scene, namely the Game, Devlin, and Wretch 32. He went on to tour in support of Kano and Wretch 32, cementing his status on-stage and further reiterating that his persona and opinions were as combative as they were on track.