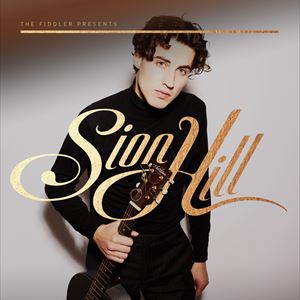 Sion Hill
All Sion Hill performances
Have tickets to sell? – Find out more

Waking up in the afternoon. Midnight jamming over cups of tea to ‘Faces’, ‘Arctic

Monkeys’, ‘Paolo Nutini’ and ‘John Mayer’. Wearing out the grooves on his parents Led Zeppelin records…

Irish songwriter Sion Hill began writing and recording music in his teens and playing in various bars and coffeehouses in the city.  Now based in London, Sion Hill has also spent time living in Berlin and Hamburg where he has been steadily building up an international fanbase touring Europe and playing major music festivals including All Together Now, Indiependence, Electric Picnic (Ireland), Nuernberg Pop, Sound of the Forest (Germany) and Sziget (Hungary) to take a selection.

Sion Hill signed to Warner Music Germany in 2018 releasing his most successful song to date ‘Fuel Kids’ which made it into the ‘New Music Friday UK’ and ‘A Perfect Day’ Spotify playlists to name a few. 2020 will see Sion Hill release another new single with Warner in early January to be followed by a hotly anticipated album which he has been working on for two years.

Sion Hill released his debut record. ‘Elephant’ in August 2017. It was dubbed by MYP Magazine as; “a brilliant, spontaneous-sounding piece of solo-pop with some with some 60’s elements and carefully used jazz skills – all wrapped in a handsome-but-never-too-slick dandy look.” - Katharina Weiß. His track ‘Nothing’s Wrong with Loving You’ featured on Spotify’s ‘New Music Friday Germany’.