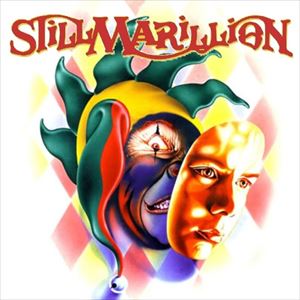 All Stillmarillion performances
Have tickets to sell? – Find out more

Fan-to-Fan Resale Tickets
StillMarillion - Misplaced Childhood
StillMarillion are Europe's top tribute to Marillion and are returning to The Brickyard in Carlisle for a full performance of the critically acclaimed album Misplaced Childhood released in 1985.
StillMarillion pay homage to progressive rock legends Marillion. Focussing primarily on the Fish Era of Marillion, they were formed in 2008 and have been actively touring the UK and Europe since. Featuring Martin Jakubski on vocals,  Martin has been singing Marillion songs with authentic Scottish passion for as long as he can remember and also tours with Marillion's own guitarist in the Steve Rothery Band. The rest of the band is made up of a collection of fine musicians and Marillion fans who bring the early era of Marillion back to life. The priority is always on music and performance and there will be no make up or rubber plants harmed in the making of our show!

Highlights for StillMarillion include sold out shows in Edinburgh and London in 2018. In 2013,2015 and 2017 they have performed to hundreds of hardcore Marillion fans during Marillion's UK conventions(Not as part of the official convention). In 2018 they performed their own headline show in front of 700 people at the famous Boerderij venue in The Netherlands. Both Steve Rothery and Mark Kelly have guested with the band onstage.

A must for any fan of Marillion or someone who just wants to witness a cracking live progressive rock gig.