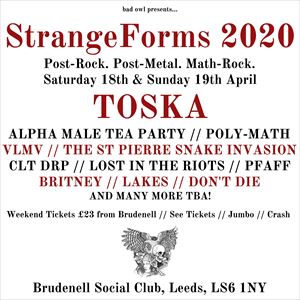 "StrangeForms Festival returns for its seventh year. The event, which has played host to the likes of Rolo Tomassi, Vennart, The Physics House Band, Svalbard, Talons & Gallops in previous years, draws its line-up predominantly from the world of math-rock, post-rock and post-metal.