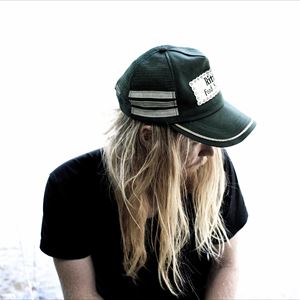 Stu Larsen
All Stu Larsen performances
Have tickets to sell? – Find out more

Stu Larsen + special guest Ed Patrick...The Queensland, Australia-born singer, songwriter, and narrator Stu Larsen packed up his life in a suitcase and circled the globe on a near twelve-year and five-continent international trip, as chronicled in photography and music and most significantly, his latest full-length Marigold [Nettwerk Records].

Since dropping his debut EP The Black Tree, Stu’s discography carefully traces every step of his journey. “In 2014 and 2015, I was a vagabond, a nomad, and an adventurer,” he explains. “2017 and 2018 felt a bit more solid. I found a sort of routine in this way of life. I was still traveling and exploring, but I knew more about who I was. 2019 has seen me searching for true love and genuine happiness and connection in a bigger way, not just romantic; but also in a general way in life.”

The eleven tracks on Marigold speak to Larsen’s external and internal progression. In between Marigold and his earlier LP Resolute, Larsen fell in love only to fall into heartbreak and, ultimately, find the inspiration to write straight from the heart.

“I feel like these songs are more personal than any of my previous work,” he affirms. “They’re about falling deeply in love with someone who came into my life and then disappeared soon after. It’s very personal. I’m attached to the message and the feelings. The travel didn’t necessarily affect the lyrics of the songs, but it did influence the relationship and produce the songs themselves—because I was writing on the road everywhere from Eastern Europe to South America. My takeaway from the entire situation is, ‘love really is a mystery.’” Despite the intangible and elusive nature of the central theme, the process itself would be his most memorable and tangible yet. Over the course of just 15 days at Golden Retriever Studios in Sydney with producer Tim Hart [Boy & Bear] and engineer Simon Berckelman [Philadelphia Grand Jury], Stu tracked and mixed to tape for the first time. “To be honest, it’s the first time I’ve been physically and mentally present in the recording process,” he smiles. “In the middle of the first album [Vagabond], my father passed away, so my mind was somewhere else. On the second one, my appendix burst, and I was two weeks late to the sessions. It was amazing to be there for ‘Marigold.’ We were making decisions on the fly and sticking with them. We weren’t going to go back and redo things. We agreed, recorded, and locked it in; which made it quick.”

The first single “Whisky & Blankets (A Tu Lado)” pairs breezy guitar and a steady beat with a warm promise, “Darling, it’s alright. I’m not going anywhere. I want to be right by your side.” “After my heart had been broken, I wrote three or four of the saddest songs I’ve ever written,” he laughs. Originally conceived amidst tour dates in an Argentinian hotel room, “The Loudest Voice” resounds quietly as vocals descend from hushed verses into a slight-whisper on the refrain, “I never wanted to be the loudest voice.” “That’s kind of the way I live my life,” he goes on. “I don’t need to shout and scream about who I am and what I do. I’m here. If you want to respond to my message, that’s great. I’m not going to fight it. I’m going to be me.” On the other end of the spectrum, gusts of electric guitar and robust delivery blow through “Hurricane” carried by raw emotion. The bilingual “je te promets demain” echoes with heartache over sparse instrumentation. The title translates to “I promise you tomorrow” as an homage to the French phrases Stu learned from his ex. The album culminates with the finale “Phone Call From My Lover.” Soft strumming underscores the pain of this send-off. “It’s a little ‘P.S.’ at the end,” he says. “Things were lingering with my relationship like maybe something will happen or maybe it won’t. A week before recording, we finally had ‘the’ phone call. Afterwards, I thought, ‘Okay, she’s really gone.’ I sat down and wrote the tune. It’s the most intimate moment on my most intimate work. It’s a real love letter to her.” In the end, Marigold closes out one chapter for Larsen and turns the page to the next.