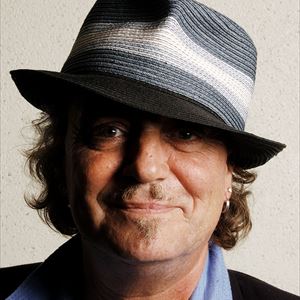 Terry Reid, 'Superlungs' as he's affectionately known, is without doubt one of the greatest rock/soul voices this country has ever produced. A Terry Reid concert should be a cherished memory for any self-respecting fan of great of British rock n' roll and we can't wait to welcome the legend to the stage this June!

Terry has quite a résumé, he famously turned down the front man's position with Led Zeppelin and Deep Purple and still gained Aretha Franklin's recommendation as one the best England had to offer in '68 next to The Rolling Stones and The Beatles. He underwent two world tours with The Rolling Stones, US tours with Cream, UK tours with Jethro Tull and Fleetwood Mac and also played The Isle of White Festival in 1969 and Glastonbury in 1970.

A teen prodigy, Reid turned professional at the age of 15 to join Peter Jay & the Jaywalkers. But by the time of his 1968 debut Bang, Bang You're Terry Reid, produced by Mickie Most, he'd switched to more of a hard rock approach. Reid's high voice was reminiscent of Robert Plant's, though not nearly as shrill, and his folky numbers especially are reminiscent of Led Zeppelin's most acoustic early cuts.

After Reid's catalogue was reissued on various labels in the 21st century, there's been a huge resurgence of interest in his music. The Raconteurs recorded "Rich Kid Blues" for inclusion on 2008's Consolers of the Lonely, and made it a centrepiece of their live shows. He provided three songs to the soundtrack for Rob Zombie's horror film The Devil's Rejects. He's also been invited back to play at Glastonbury and WOMAD festivals and toured Ireland for the first time in 30 years and released the Live in London; including performances of new material.