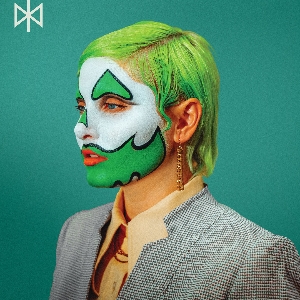 The Armed
Tutte le date per The Armed qui

The Armed have announced a new album, ULTRAPOP, available April 16th via Sargent House - their first album with the company. Featuring work from Mark Lanegan and Queens of the Stone Age guitarist Troy Van Leeuwen this is the first album co-produced by the band's own Dan Greene in collaboration with Ben Chisholm (Chelsea Wolfe). Kurt Ballou remains at the helm as executive producer. With the announcement comes a live video for the first track, "All Futures," explicitly revealing this album's band member lineup for the first time. The video is a live take of the studio track, which can be heard here.

Ultrapop is the genre of music that said album features. It reaches the same extremities of sonic expression as the furthest depths of metal, noise, and otherwise "heavy" counterculture music subgenres but finds its foundation firmly in pop music and pop culture. As is always The Armed's mission, it seeks only to create the most intense experience possible, a magnification of all culture, beauty, and things.

Dan Greene goes on to explain, "crafting vital art means presenting the audience with new and intriguing tensions-sonically, visually, conceptually. Over time and through use, those tensions become less novel and effective-and they become expectations. The concept of "subgenre" becomes almost the antithesis of vitality in art-itself a fetishization of expectation. ULTRAPOP seeks, in earnest, to create a truly new listener experience. It is an open rebellion against the culture of expectation in "heavy" music. It is a joyous, genderless, post-nihilist, anti-punk, razor-focused take on creating the most intense listener experience possible. It's the harshest, most beautiful, most hideous thing we could make. "