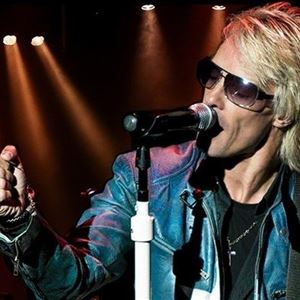 All The Bon Jovi Experience performances
Have tickets to sell? – Find out more
Fan-to-Fan Resale Tickets

Individually and as a band they produce the looks and sounds of the real thing so closely that Jon Bon Jovi has said they are "the best tribute I've ever seen"!

"Have you seen this guy.  He looks so much like Jon Bon Jovi it's freaky man"  Chad Kroeger, Nickelback.