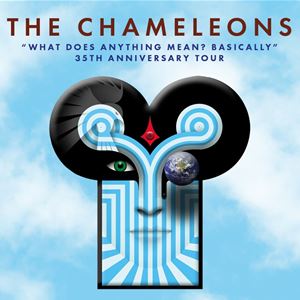 All CHAMELEONS WHAT DOES ANYTHING MEAN? BASICALLY performances

The Chameleons are back..!

Original members Mark Burgess and Reg Smithies have reformed the Chameleons in 2020 to celebrate the 35th anniversary of the 'What Does Anything Mean? Basically" album.

Known for their atmospheric, guitar-based sound and passionate lyrics, the Chameleons are regarded as one of the most underrated Manchester bands of the 1980s.