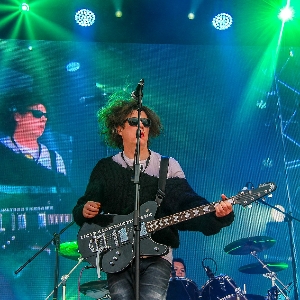 View venue accessibility information for Concorde 2, Brighton
Fan-to-Fan Resale Tickets
Black Rabbit Productions Presents
The CUREheads
With support from Siouxsie and the Budgiees.
After a highly successful show at the Chalk in March 2022, we are delighted to bring 'The CUREheads' too Concorde2.
Playing all the best of The Cure and Siouxsie and the Banshees respectively.
The Cureheads were formed in 1990. The band played its first show in Stockholm in July 1990 at Frietzfronten in St. Eriksgatan 89, an underground bar owned by a Swedish political party, and played its first large headline show at the WGTin 1995. Then known as Fat Bob & The Cureheads.
The band has toured in the UK, the USA, continental Europe, and South America, playing festivals, including opening for Echo and The Bunnymen and The Pretendersat Guilfest. The band state that they strive to re-create the experience of seeing a mid to late 1980s concert by The Cure, including not only the sound, but also the wardrobe, attitude, stage.
The Cureheads name is taken from the Irish slang term for anyone with that "1980's mop haired 'Gothic' look". They were originally known as "Fat Bob & The Cureheads" until 2000.Since 1990, The Cureheads has played venues including The Vic Theater in Chicago, Camden Palace in London, The Temple Bar Music Centre in Dublin, CBGBin New York, and Razzmatazz in Barcelona.
Siouxsie is Performed by Ceri Anne Gregory - From the famous Welsh band called Elezium and acted in Torchwood the Dr Who.