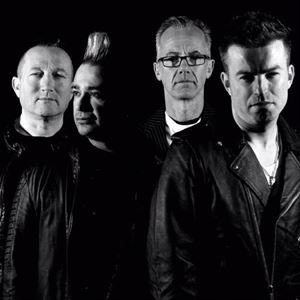 All The Devout - Depeche Mode Tribute Act performances
Have tickets to sell? – Find out more

Approximately 10 years ago, a group of Depeche Mode fans started recreating their favourite songs to play to fans like themselves. The band called themselves "Speak & Spell".

As the years rolled by, the band and it’s sound evolved to a point where they had earned a reputation for a startlingly precise sound and a professionalism that never cancelled a gig, always delivering to DM fans and the music industry professionals who put them on.

This solid foundation was formed through sheer care and technical excellence.

In 2018 the lead singer decided to hang up his waistcoat and with that a major evolution for the project started to take place.

This meant a new front-man and 2 new members to deliver enhanced productions of the Speak and Spell shows. Out of respect for the history of Speak and Spell, this also means a new operating name; ‘The Devout’.

With the new line up they continue to thrill audiences in the UK and beyond, delivering the same quality of production, vision and sound that has been enjoyed for years whilst also enhancing all material to it’s fullest extent.