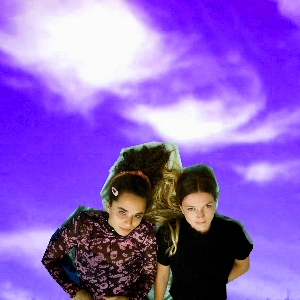 All The Fiddler Presents: Bad Honey performances
Have tickets to sell? – Find out more

Bad Honey (Lydia Clowes & Teresa Origone) are a South East London based duo. Their sound is a delicate and dreamy combination of pure sounding vocals, synths and bouncing beats, resulting in a blend of alternative soul and lo-fi electronics.

Bad Honey have performed at The Roundhouse (Love Supreme 2019, Jazz In The Round 2018), Village Underground,The Jazz Cafe, BBC Music Introducing Live, Cheltenham Jazz Festival (2017 and 2019) and Brainchild, and have supported the likes of Little Simz, Gogo Penguin, Soweto Kinch.

Expressing herself through intricate melodies and intimate songwriting, Liv Ellen indulges in her nostalgic youth and emotional life.

London-based, but with Swedish, Canadian and Chinese roots, Liv has provided vocal talent for the likes of U2, Tom Chaplin and Glowie, performing at Abbey Road Studios, Royal Festival Hall and The Round Chapel along the way. Taking these magical experiences with her, she is now embarking on her own journey.

Vocals are at the forefront of Liv Ellen’s work, where her voice glides with ease over R&B riffs, bringing her intimate lyrics to life. Her first body of work will be released in April 2021 and takes inspiration from pop and experimental artists such as Frank Ocean, SZA and James Blake.