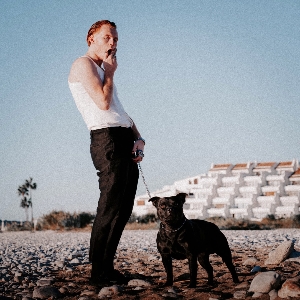 All The Fiddler Presents: Harry Mold performances
Have tickets to sell? – Find out more

Harry Mold, who was born in Basildon to an “old-school West Ham father and an Essex-born mother” but grew up in Benidorm and London, has arrived at a pivotal moment in music culture.

Mold is the antithesis of the algorithm – a self-produced multi-instrumentalist who funnels the experiences of an early-twenties youngster in 2021 into infectious rock anthems. As a songwriter, he dives into generational unrest, where every emotion is hashtagged with profound colloquialisms, which then explode in massive choruses. As a live performer, he ratchets up that anxiety, and when the choruses hit, the payload is euphoric. His nickname is H-Bomb for a reason.

Harry Mold, a 22-year-old Londoner with a batch of gritty-graceful songs says, “I love the effect I have on people when I’m onstage, the adrenaline is insane, being vulnerable in front of all those people...” Coming from a freckly ginger lad with braces on his teeth, you wonder if he’s blowing smoke, but then you hear the music, eventually get to see him perform live and think, “Wait a second - Harry WHO?”