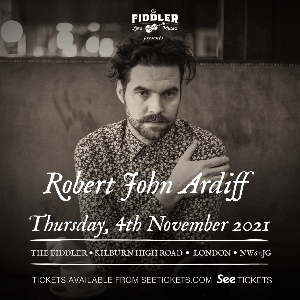 Dublin singer-songwriter Robert John Ardiff is delighted to return to London with his band 'The Catholic Guilt' in support of his latest studio album: The Corridors of Love. His music has had over 10 million streams on Spotify and has featured on the Amazon original TV series, Modern Love. He has toured extensively around Ireland in addition to playing shows in Europe, The UK and The USA. His sophomore album 'The Corridors of Love' is out now.