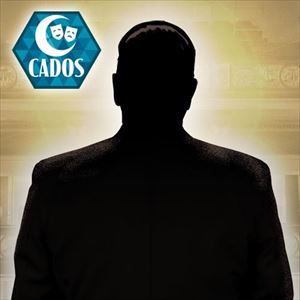 All The Formby Show [CADOS] performances
Have tickets to sell? – Find out more

Seating allocated as orders come in. Wheelchair users or those with special requirements please call 01257 264362

George Formby was one the biggest stars of the 1930s and 40s, loved by the Queen, Stalin and millions of adoring fans. Born in Wigan in 1904 he left school at an early age and couldn’t read or write until he met Beryl Ingham, his girlfriend who became his wife, teacher and manager, and who drove him to fame and fortune.

This is the story of George’s rise to success, from the music hall and panto, then to movies and performances for Royalty. Over 20 years, George and Beryl conquered the world, from Europe to Canada, from India to Scandinavia and even to apartheid South Africa, where they refused to play racially segregated venues.

Featuring live performances of some of his biggest songs, the play explores Beryl and George’s relationship with each other, and how they dealt with others on the showbiz ladder. Spanning the first half of the 20th Century, this is a play about how a shy and cheeky lad from Lancashire became an entertainment legend.