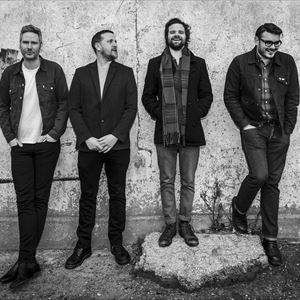 Sunderland's returning indie favourites The Futureheads head to The Brickyard for a special show on Friday 3rd April!

Blasting in to the public consciousness in the early 2000s as part of an angular art-punk movement that included the likes of Franz Ferdinand and Bloc Party, The Futureheads' blend of spiky guitar riffs, unconventional song structures and intricate four-part vocal harmonies soon set them apart from their contemporaries. Their rousing cover of Kate Bush's 'Hounds Of Love' shot in to the UK top ten, alongside glowing reviews for their self-titled debut LP.

Four more albums followed, including the entirely a cappella 'Rant' in 2012, before the band went on an extensive hiatus – returning triumphantly with 2019's 'Powers'.