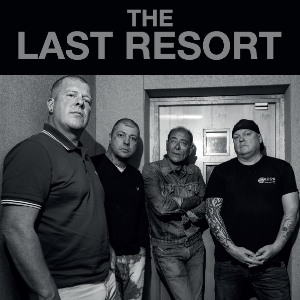 THE LAST RESORT are a name synonomous with the Oi! movement. One of the iconic bands of that era, whose reputation far outweighed their recorded output, this has resulted in the band being given legendary status despite only being together originally for little over a year between 1980 and 1982 .

Lars Frederiksen of RANCID fame has now joined on guitar as a full time member of the band ahead of their upcoming new album - 11 new songs from the 4 band members!