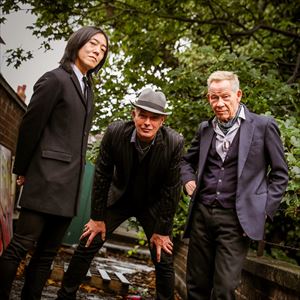 The foundations for The Professionals to emerge were laid while Paul Cook and guitarist Steve Jones busied themselves completing the film 'The Great Rock 'N' Roll Swindle', following the demise of the Sex Pistols in 1978.

With the Cook ‘n’ Jones composition ‘Silly Thing’ reaching #6 on the UK single’s charts in 1979, the pair proved they could deliver in their own right and spent the rest of the year working on what would become The Professionals’ debut single ‘Just Another Dream’ and the follow-up singles ‘1-2-3’ and 'Join The Professionals'.

With a vast catalogue of tunes from which to draw, The Professionals’ exhilarating live performances are a celebration of both their past and present.