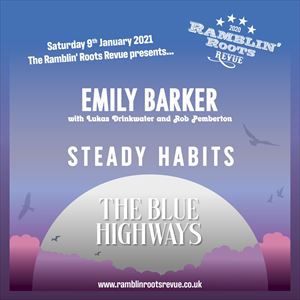 All The Ramblin' Roots Revue - January performances
Have tickets to sell? – Find out more 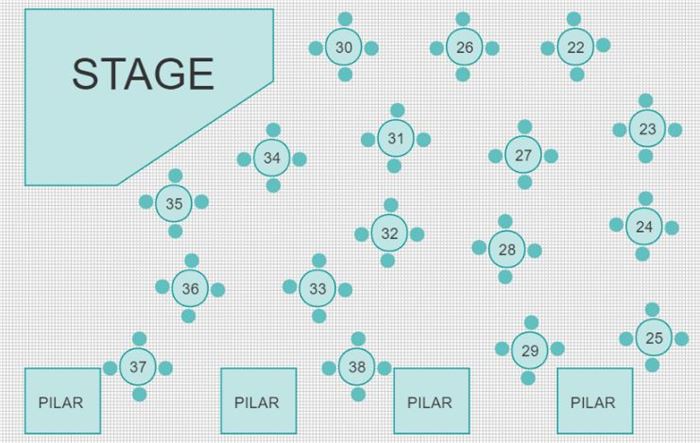 The Ramblin' Roots Revue is back in the new year for another special, intimate show.

Many fans have praised her new album A Dark Murmuration of Words as her best yet. Recorded in Wales with producer Greg Freeman in late 2019, it hit #1 on the UK Americana Album chart on its release in September and garnered widespread critical acclaim.  With previous tracks featuring across the BBC, this is a show we are really looking forward too. https://is.gd/6w5kzm

Steady Habits Oxford-based band, fronted by Sean Duggan. Hailing from New Haven, Connecticut, Sean was co singer-songwriter of acclaimed Folk/Americana duo Loud Mountains, the harmony-driven band he formed with his brother Kevin Michael Duggan in 2014. Steady Habits was created when Kevin set sail to Nashville, Tennessee in 2019. As sole songwriter for Steady Habits, who released the first EP 'Hold In Your Breath' earlier this year', Sean fronts this fresh new Alt-Country band that has drawn together some of Oxford's finest musicians including members of The Dreaming Spires, Great Western Tears, The Greasy Slicks and Speed Buggy USA. https://bit.ly/37iwujp

The Blue Highways Formed in early 2018, Americana band The Blue Highways quickly cemented themselves as a fixture on the Americana scene in the UK. Having built a reputation as a commanding live act driven by big vocals, close harmonies, and narrative led songs, in February 2020 they released their debut album, 'Long way to the ground', to critical acclaim. https://bit.ly/31fZynR