The Rex? A Tribute to T-Rex 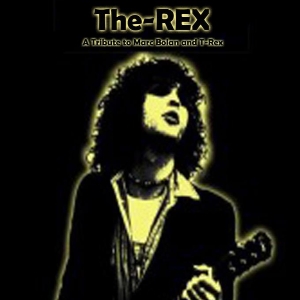 All The Rex? A Tribute to T-Rex performances
Have tickets to sell? – Find out more

The Rex
Formed in 2004 as 'Jeepster', The-Rex are an authentic live act that remain true to the soul and raw energy of Marc Bolan's fantastic songs and performances.

Jeepster/The-Rex have played countless venues all over the country including many Marc Bolan fan conventions. They were deemed good enough to perform with Marc's son, Rolan and for Tony Visconti in New York, USA.