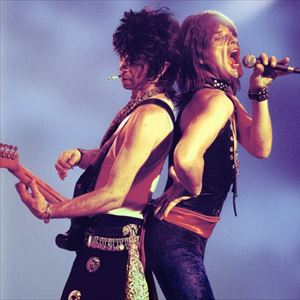 All The Rollin' Stoned performances

"The Best Rock 'n' Roll Tribute Band in The World", this magnificent band returns to The Eel Pie Club for two hours of nostalgia playing the best of 1964-1969 - Jumping Jack Flash, Brown Sugar, Paint it Black, Not Fade Away, Get Off My Cloud, It's All Over Now, Under My Thumb, Mother's Little Helper, Ruby Tuesday, You Can't Always Get What You Want, Two Thousand Light Years from Home, Let's Spend The Night Together, Street Fighting Man, Satisfaction and all those eclectic classics you almost forgot about.
Endorsed by Keith Richards' mother as 'outstanding and suitably fit stand-ins for The Stones', Rollin' Stoned have also been described by The Times as 'The nearest thing to the real article' and have been revered by both Stones fans for their authenticity and the real Stones who booked them for the band's birthday!