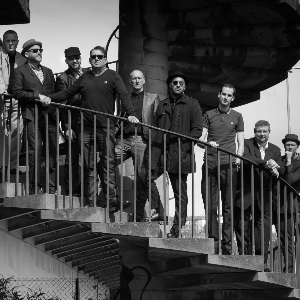 All THE SPECIALS LTD performances
Have tickets to sell? – Find out more

When the original line up of The Specials split in 1981 they left behind a legacy which has been unrivaled by a single band since. The group were integral to promoting an anti-racial ethos, created a unique image and combined punk, ska and reggae music while lyrically commentating on the state of Britain in the late 70’s and early 80’s. They formed their own 2-Tone record label which launched the recording careers of Madness and The Selecter while being fundamental to the introduction of The Beat and Bad Manners and created a musical heritage which has lived on for over 40 years. They reformed for a 30th Anniversary Tour in 2009 and created a buzz of excitement for both old and a new wave of fans all around the world.

The Specials Ltd recreate the passion and enthusiasm of the Specials from 1979 to the 30th Anniversary Tour, bringing back memories of those who were there first time around and showing younger fans what they missed. Featuring members of 2Rude, the long established ska group widely known as one of the best tribute acts in the UK and former live collaborators with original Specials guitarist Roddy Radiation, The Specials Ltd are a 9 piece band full of energy, excitement and accuracy, performing Specials favourites such as Gangsters, Too Much Too Young and Ghost Town from the golden era of 1979-1981.