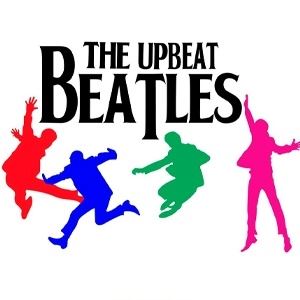 All The Upbeat Beatles performances
Have tickets to sell? – Find out more

The Upbeat Beatles are one of the UK’s finest and most authentic Beatles tribute bands. Over two hours of non-stop music – from She Loves You to I Am The Walrus and beyond – this band will have you dancing in the aisles from the very beginning.

Breath-taking harmonies, punchy musicianship and an acute attention to detail make for an uncanny resemblance to the originals – plus a touch of good old scouse humour, of course!

No other Beatles tribute band comes this close to the real thing.

Did you miss The Beatles first time around?
Don’t miss them now!
From Beatlemania to Psychedelia and Beyond…

It’s 1963 and a new band is taking the country by storm, playing a heady mixture of Blues, Motown and Rock ’n’ Roll…
With the songs that changed a generation, this show will have you tapping your feet from the opening bars…..dancing in the aisles…..and screaming like you did (or would have!) in ’63!
From the depths of Liverpool’s Cavern Club all the way up to that famous rooftop on The Apple Building, The Upbeat Beatles will take you on a journey that is the story of The Beatles through their songs. Let them take you on a Magical History Tour!
Since 1997 The Upbeat Beatles have been the best in the business at recreating the excitement, authentic sound and downright raw energy of the original Fab Four.
The Upbeat Beatles are four supremely talented guys.
13 guitars, 5 costume changes, great powerhouse vocals and close harmonies, teamed with a driving backbeat to give you a night you’ll never forget.
The Upbeat Beatles are in constant demand and their hard earned reputation for authenticity and attention to detail has taken them around the world, playing to ecstatic audiences.