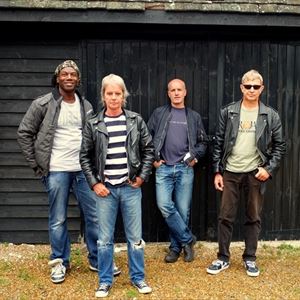 All The Vapors performances
Have tickets to sell? – Find out more

The Vapors are a UK New Wave band formed in the late 70s in Surrey. Discovered by The Jam Bass player Bruce Foxton playing in a local pub The Vapors were invited to tour with The Jam on the Setting Sons tour in 1979.
Foxton along with Paul Weller's Father John undertook Management duties and the band signed to United Artists.
The band's big break came in 1980 when Turning Japanese reached No.3 in the UK charts, No.1 in Australia and Billboard Top 40 in the USA taken from their debut album, the now iconic 'New Clear Days' written during a time when the threat of Cold War still loomed large. Second album 'Magnets' released in 1981 spawned the single 'Jimmie Jones' referencing the Religious and Cult leader Jim Jones.