The Wake Live in London 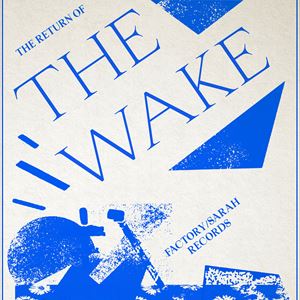 All The Wake Live in London performances
Have tickets to sell? – Find out more

Very excited to announce the return of Factory/Sarah Records legends The Wake at the iconic Subterania, London.

Some bands have to wait years or even decades to be fully appreciated. The Wake were built that way from the start. The Glasgow band can claim the unique distinction of recording for two of the preeminent British indie labels of the late 20th century, Factory and Sarah. Fittingly, their best music mixes nervously funky post-punk with wispy bedroom synth-pop.

Singer-guitarist Gerard "Caesar" McInulty, who had previously been a member of pre-fame Altered Images, formed the Wake in 1981 with singer-keyboardist Carolyn Allen, drummer Steven Allen, and bassist Joe Donnelly, soon to be replaced by Bobby Gillespie, who would go on to greater fame with the Jesus and Mary Chain and Primal Scream. Stateside indie poppers the Drums have said they came together with "the idea of completely ripping the Wake off."

Captured Tracks - home to bands like Wild Nothing, Mac Demarco and DIIV, (AKA bands that owe quite a bit to The Wake's dusky melancholy) re-released an early pair of singles from The Wake, including "On Our Honeymoon" and "Give Up," as well as a third 7-inch with Wake covers from Beach Fossils and Wild Nothing. The band's influence was laid out in plain sight, the artwork already fitting in with the rest of the Captured Tracks minimal, somewhat cold but still romantic aesthetic.