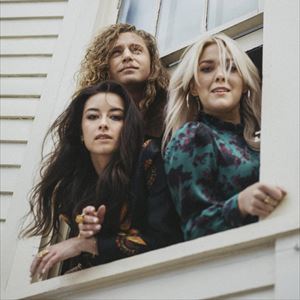 All The Wandering Hearts performances
Have tickets to sell? – Find out more

London country/folk/pop group the Wandering Hearts have followed in the footsteps of Ward Thomas, the Staves, and the Shires as part of the vanguard in the new British Americana scene of the mid-2010s. The seeds of the band were sown in late 2015 when Tara Wilcox and Tim Prottey-Jones found themselves singing at the same gig, and immediately hit it off over their shared background. Both were hard-bitten pros: Wilcox, with years of experience under her belt, had her own singing school, while Prottey-Jones was a multi-instrumentalist, singer, and actor. Shortly thereafter, they were introduced by mutual friends to singer/guitarist A.J. Dean (an alumnus of British rock & rollers the Bluejays) and Francesca "Chess" Whiffin, also a former musical-theater performer.

Christening themselves the Paper Hearts, the band recorded two demo songs, "Today Is Ours" and "Sunshine," which they uploaded to SoundCloud, leading to a flurry of immediate interest. The deft fingerpicking, rousing choruses, dark-hued lyrics, and sweet, close vocal harmonies drew comparisons to Fleetwood Mac, whom the band later acknowledged as a major influence along with First Aid Kit, the Civil Wars, Tom Petty, Simon & Garfunkel, and Cara Dillon. Within a month, they had been invited to audition for Decca, who signed them on the spot.