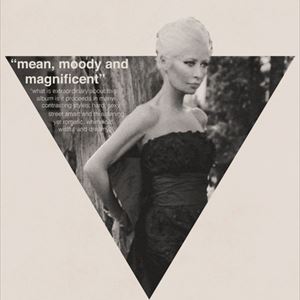 All The Wendy James Band performances
Have tickets to sell? – Find out more

We’re delighted to bring the iconic WENDY JAMES to The Waterloo in Blackpool.

She is most recognised as the front-woman of iconic 80s alternative rock band TRANSVISION VAMP, which enjoyed chart success in the late 1980s with a string of hits including Baby I Don’t Care, I Want Your Love and Revolution Baby.

Her sexually charged and rebellious image won her a huge following of devoted fans, including Miley Cyrus who stated she loved James’ look and sound.

Following the band’s split in 1991, James went on to collaborate with a number of music legends including Elvis Costello who wrote a full album’s worth of material for her, which formed her first solo album “Now Ain’t the Time for Your Tears” in 1993.

Her 2nd solo album “The Price of the Ticket” was released in 2016 and her band at the time comprised of rock royalty such as James Williamson (Iggy and the Stooges), Glen Matlock (Sex Pistols), Lenny Kaye (Patti Smith) and James Sclavunos (Nick Cave and the Badseeds, Sonic Youth and the Cramps)

A new album will be, available, released just prior to this tour.
Armed with a catalogue of new material, the audacious vamp will be rocking The Sugarmill with a full live band where she will sing a host of old favourites as well as tracks from her latest and previous solo albums.