The Will Johns Band + Meeking 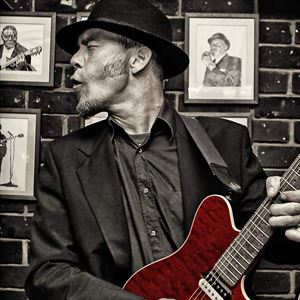 AUDITORIUM TICKETS: are standing on the ground floor. The auditorium is fully wheelchair accessible- please contact the venue for wheelchair tickets.

Will Johns is recognised as one of the most distinctive and exciting British Blues performers on the scene today.

As well as being a spellbinding live act who enjoys engaging with his audience, Will is a hugely respected songwriter, nominated for ‘Best Original Blues Song’ by the British Blues Awards for three consecutive years. His guitar playing is both modern and cutting edge, steeped in the blues history passed from generation to generation.

Born in London, Will’s parents are the legendary L.A. record producer/engineer Andy Johns and actress/model Paula Boyd. From the age of 15 Will taught himself guitar but received huge encouragement from his world renowned uncle, Eric Clapton.

Having been writing and performing for over 15 years across the globe, Will has picked up many accolades along the journey. These include his British Blues Award nominations for ‘On My Back’ from his debut solo album Count On Me in 2012, and for ‘Kissing You’ from the superb Hooks & Lines album in 2013.

One of the south-west’s finest up and coming trios, Meeking’s soaring vocals sit above a power-house alt-rock with nods to Jeff Buckley, John Mayer, Eddie Vedder and Incubus.