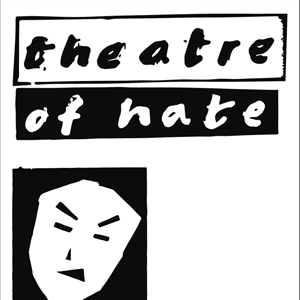 All THEATRE OF HATE + guests performances
Have tickets to sell? – Find out more

In 1980, Kirk Brandon formed Theatre Of Hate from the ashes of heralded punk band The Pack.

Theatre Of Hate’s debut double-A-side single, Legion b/w Original Sin, topped the independent chart in 1980, and Westworld, their 1982 debut album, produced by Mick Jones from The Clash, held the #1 position for 21 weeks. The single taken from the album, Do You Believe In The Westworld? has become an enduring anthem.

Theatre Of Hate imploded in 1982, with Kirk taking Stan Stammers from the band to form Spear Of Destiny, but the band has resurfaced over the years to play some very special shows.